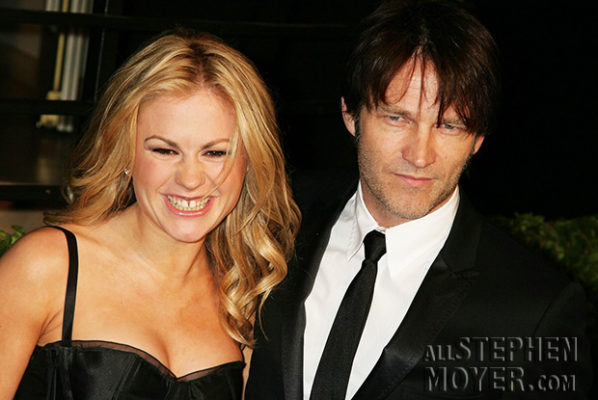 When news broke that Kiwi Anna Paquin and her True Blood co-star were dating, writer-director Alan Ball was not pleased.

“I’ll be honest when it first happened, I was like: Uh oh,” he told the Sunday Star-Times.

But he quickly came round, as the romance between Paquin and Englishman Stephen Moyer blossomed.

“It’s the real deal. They really fell in love, and you can see that in the show. You can see the attraction and chemistry. It’s all good.” 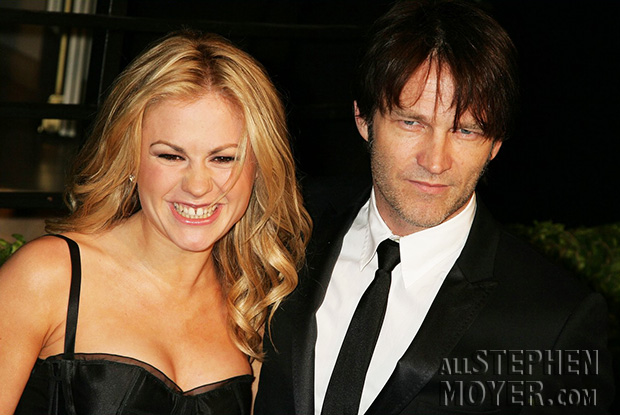 In the show, which screens on Prime from Wednesday, Moyer plays 173-year-old vampire Bill Compton, who returns to live in a small Louisiana town and falls in love with Paquin’s Sookie Stackhouse, a waitress who can read people’s minds.

The two now live together in LA, though Moyer travels regularly to London where he has two children from a previous relationship.

In an interview with US TV Guide Moyer, 37, admitted the sparks flew with Paquin, 26, at the first audition for the series last year, but they deliberately kept it quiet.

“The show is the star, not the two people having a relationship.”

In an interview with the Star-Times in today’s Focus section, Ball said Paquin had “aggressively” pursued the role. “When my casting director said, would you be interested in Anna Paquin, I said, uh, yeah, would she be interested in this?“

Even though she has a glittering career in movies such as X-Men, Ball realized True Blood could allow Paquin to do things she mightn’t on the big screen.

“She is the tent pole that this show hangs on. She is delightful in this role. She’s charming, she’s innocent, she’s pretty, she’s fiery, she’s romantic, and you just really, really love her.“

And she’s just the same in real life, he says down to earth, professional, fun to be around.

But one of the big topics Ball had to canvass during casting was asking the pale and dark New Zealander a crucial question for her to truly become Sookie, the sassy and tanned southerner in the short shorts of Charlaine Harris’s books: Are you willing to go blonde?

“She was like, ‘Of course. This is something I would never do just on my own because it seems so superficial. But now I have an excuse to do it.”‘