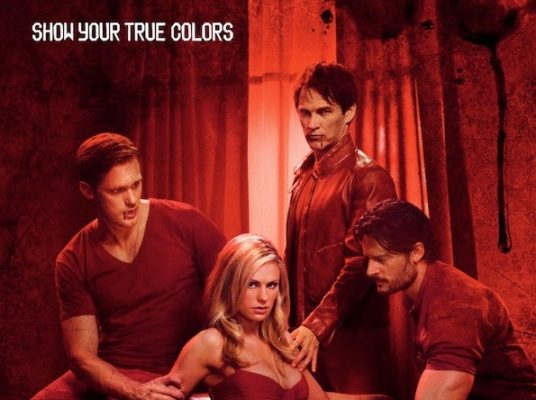 Alan Ball throws some extra fuel on the Team fires when he gives away a few season 4 spoilers in TV Guide Magazine’s Summer Preview. 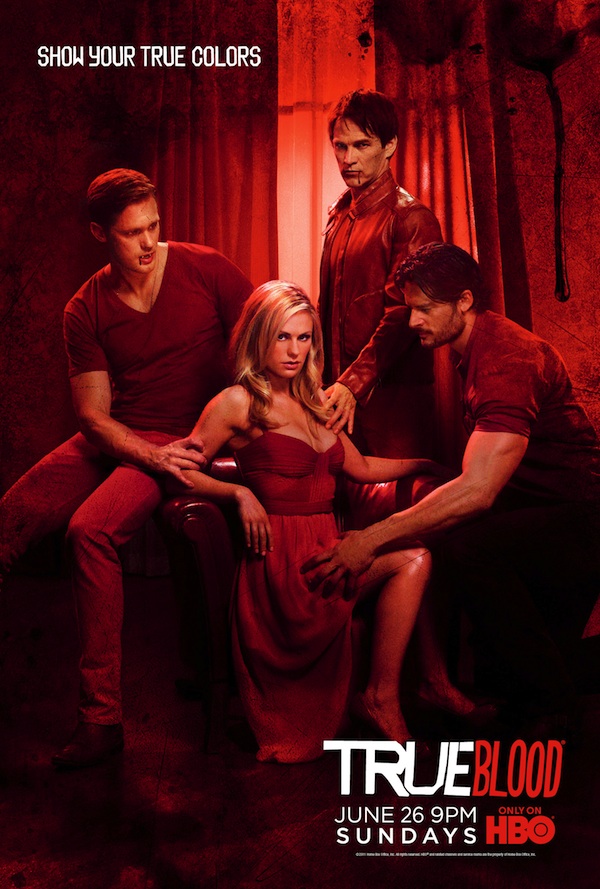 “There are two factions at war: vampires and another fueled by witchcraft and power over the dead,” says creator Alan Ball. Battles go down and Sookie’s lightning-bolt-shooting fingers strike again. “We see her use her powers,” Ball says of Anna Paquin’s steel magnolia. “Other people see that too, and it’s going to complicate things.” She’s not the only one releasing her inner magic. Tara and Lafayette get mixed up with Wiccan medium Marnie (Fiona Shaw). And witches cast a spell on Eric: “Sookie will see a different Eric,” Ball says, but she’s still feeling heat with Bill and Alcide. “From the Team Eric, Team Bill viewpoints, one of those teams will be happy, one won’t.”

I’d like to add a personal note to Alan’s statement.

As a loyal Team Bill (and Team Stephen) member I’d like to say that I will be a happy team member as long as Bill/Stephen is part of True Blood. Personally, I find Bill one of the most fascinating characters on the show and I find him even more interesting when he is not with Sookie. Bill is so much more than “just” Sookie’s lover and I want to see it all!

So Uncle Alan… Please continue to add layers to Bill, show us his vampire side, surprise us with his past, his secrets, the dark corners of his personality and this Team Bill member will be happy a happy (v)camper.