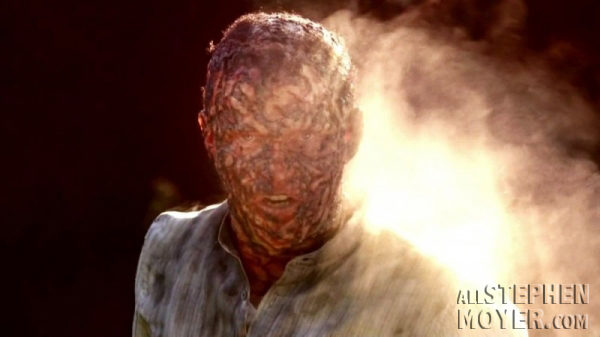 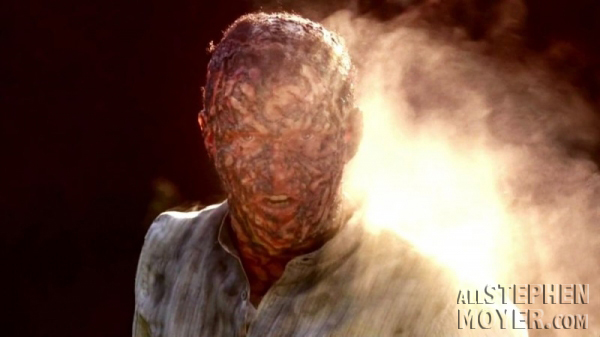 THERE’S one major drawback to being a vampire in Los Angeles.

“I wasn’t allowed to go into the sun because my character’s white,” laments British actor Stephen Moyer, who plays a 173-year-old blood sucker in raunchy US drama True Blood.

“Then of course I started getting the LA permatan and got in big trouble.”

Moyer, a father of two, will have to get used to spending time in dark places.

True Blood, based on the novels by Charlaine Harris and reimagined for the small screen by Six Feet Under creator Alan Ball, has grabbed TV audiences by the jugular.

With its graphic mix of sex, gore and black humour, it’s not for the feint-hearted, but received critical kudos at last month’s Golden Globes, with star Anna Paquin collecting the award for best actress and the series nominated for best drama.

“You can’t say it too many times that Alan is a clever man,” Moyer says of the Oscar-winning writer and director.

In True Blood, vampires have come out of the coffin, so to speak. They live alongside humans thanks to the invention of synthetic blood called “True Blood”, which can be bought like a six-pack of beer and supposedly quenches the vamps’ thirst for mortals.

But their integration into society is fraught with prejudice and violence.

Telepathic Louisiana waitress Sookie Stackhouse (Paquin) is one of the few willing to give the undead a chance, particularly when the brooding Bill Compton (Moyer) arrives.

“Alan creates this outsider who comes into the town and is immediately looked at with suspicion,” Moyer says of his character.

“So he’s kind of a metaphor for any minority group you can think of, whether it be the idea of blacks in the South or homosexuality or any outsider group, really.

“That’s the sort of deeper level that I find very interesting. I couldn’t believe it when I read it. I was just blown away by the idea of him.”

Like New Zealand’s Paquin and Australia’s Ryan Kwanten, who plays Sookie’s sex-mad brother Jason, Moyer had to disguise his native accent with some convincing Southern dialects. He says the fact half the lead cast have foreign passports is a coincidence.

“I truly don’t believe that actors in America don’t exist to have been able to play these parts,” he says. “Alan just sees things in people and he’ll wait until he finds what he wants.

“Anna, obviously, we all know, is a pale brunette and she’s playing this tanned blonde girl, but she had to go through the whole audition process. It wasn’t offered to her. She ended up reading with five blonde actresses, with her still dark and pale, and Alan just believed that she could do it.”

While he is begrudgingly avoiding UV rays ahead of filming True Blood’s second series, Moyer says it’s nice to have finally found a place in the sun career-wise. “A couple of other offers have come in that I haven’t taken because my kids live in England and I didn’t want to leave them unless it was something fantastic,” he says.

“I’ve been in a very nice position for the first time in my life to say,’You know what? I don’t need to do that at the moment’.”