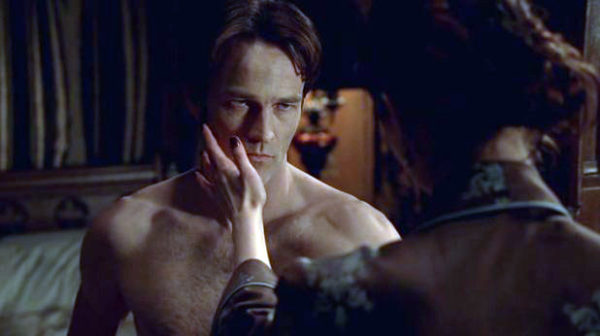 In Episode 3.04 – 9 Crimes we see everyone getting deeper and deeper into a web of deceit, destruction, obsession, corruption and more. Bill especially is bound in this web of political danger and is walking a very thin tightrope to stay in one piece, keep Sookie safe and get out alive.

The episode begins with Sookie and Alcide discussing the narrow escape they made from Lou Pines the night before when Sookie receives a call from Bill. This call sets up the episode when he tells her that he has left his life in Bon Temps and is no longer interested in her. He tells her that he has just made love with Lorena only as two vampires would where he didn’t have to be gentle like he does with Sookie. He tells her not to try and find him because he does not want to be found. He says “I am death; I will bring you only suffering”. It’s obvious to me that Bill is still protecting her and I’m hoping that he will break loose, but we’ll have to wait and see if this comes true. 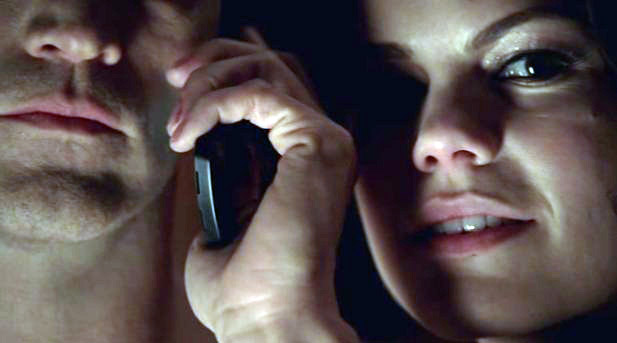 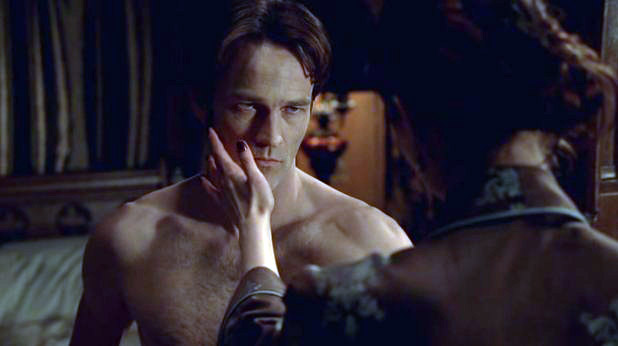 Alcide soothes Sookie and we find the first instance of a possible relationship between them evolving. Yet, in the very next scene we see Eric flying outside Sookie’s room. She invites him in and she seems interested in him and they start to have sex, but before that can happen, we are taken to Fangtasia with Yvetta dancing and we learn that Eric was only fantasizing about Sookie. Maybe she has somehow glamoured him, I don’t know, but Eric obviously is extremely attracted to Sookie and I’m not sure even he understands why. 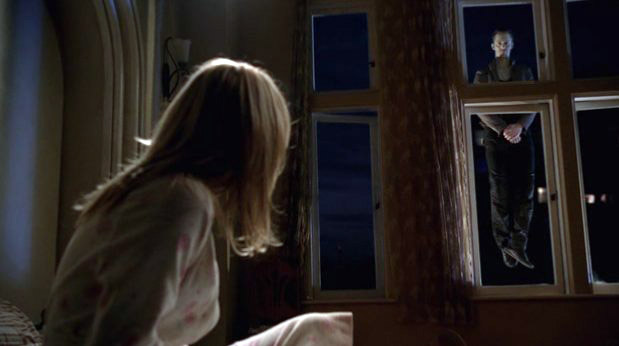 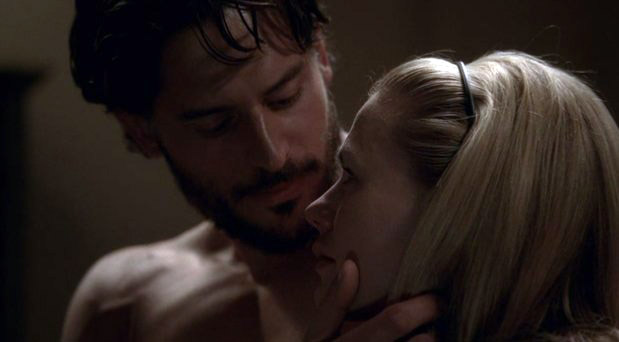 Sam finds his family sleeping in their van outside Merlotte’s and when he confronts them about Tommy taking money from him he finds out that the family has been evicted from their home. He goes to look for Tommy, when he finds him, they have a few minutes where they actually seem to communicate and bond as brothers. When they return Sam offers to get his family a place and give Tommy a job at Merlotte’s. Somehow I’m not sure that Papa Mickens is very happy about this and I think that this family is going to prove to be just another heartbreak for poor Sam. 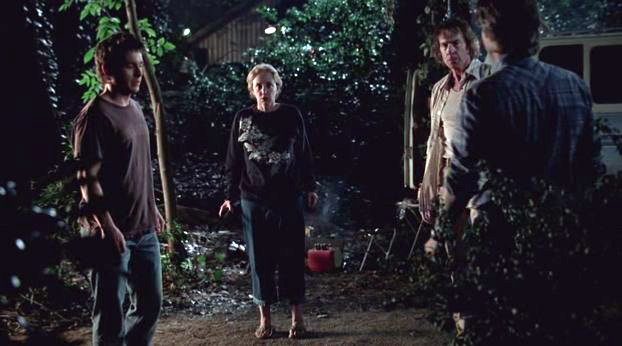 Tara has been taken prisoner by Franklin and he forces her to call Sookie and get information from her. Franklin seems to be the first truly psychotic vampire we’ve met in the series so far, well except maybe for Lorena, and in his warped mind, he thinks he is showing his love to Tara somehow. I think he is a very dangerous vampire and Tara had better watch herself around him. 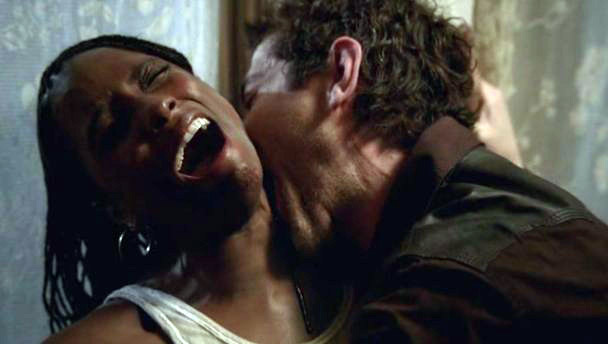 Jessica is hired by Sam to be a hostess at Merlotte’s. While doing so, a boy she used to know from Bible Study sees her and she has to glamour him so he forgets. Unfortunately, Hoyt sees this and we’re led to believe that he now thinks Jessica has found someone new. That may be true, but it sure isn’t going to be this fellow.  I so feel for poor Hoyt who deserves to find someone he can share his love with and I hope he does. 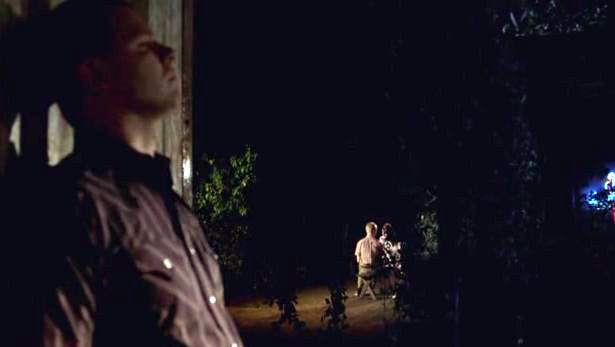 After Eric has come to the aid of Lafayette, who is being beaten up by Calvin’s men, Pam calls him from Fangtasia saying “we’re being raided” and it’s not the police this time, it’s the Magister. The Magister takes Pam into custody and begins torturing her. When Eric arrives and is confronted by the Magister, he watches him continue to torture Pam. She screams out in pain that it was Bill Compton and Eric backs her up, saying “It’s true, he’s gone missing.”  Is this said only to get out of the current problem or is this something that we can expect Pam and Eric to pursue? 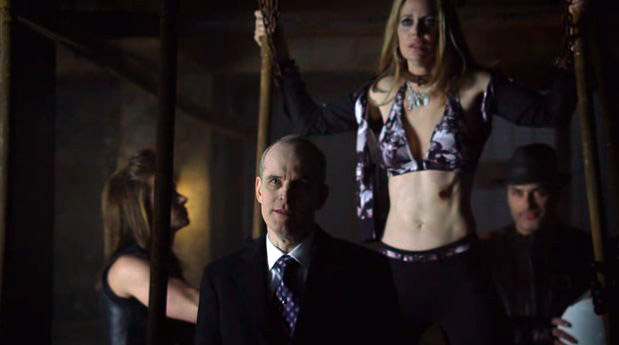 In this episode we are introduced to two of the women in Alcide’s life, his sister Janice and his former girlfriend Debbie Pelt. Janice is a beautician who comes over to help Sookie. She needs to change her appearance so she can get into the engagement party at Lou Pines that evening. Wearing a black wig and a new sexy getup, Sookie convinces Alcide to take her to Lou Pines to the party. 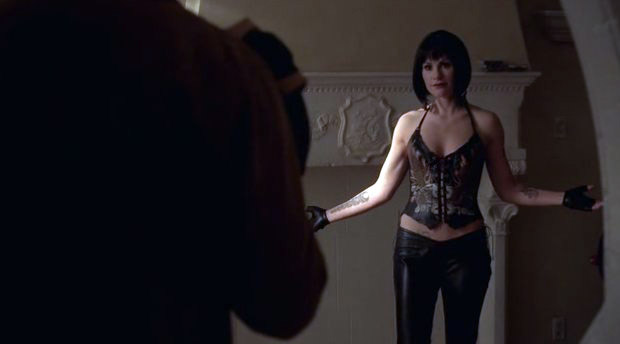 When they get there, we meet Debbie who immediately hates Sookie. Both Alcide and Sookie realize that this is not an engagement party, but as Janice told Sookie, it’s an initiation for Debbie into “Operation Werewolf”. Part of this initiation is when Russell Edgington, King of Mississippi shows up and gives his blood to the pack turning the event from a bikers party into an almost religious ceremony similar to Holy Communion. Part of the initiation is for the Operation Werewolf symbol to be branded onto Debbie’s back. They all drink vampire blood, brand Debbie and turn into Werewolves and just in the nick of time Alcide tells Sookie to get out of there. Obviously, Russell has this pack of werewolves in his control since he has them hooked on “V”.  As we saw in the flashbacks from World War II, this group has been in existence and he has controlled them for a long time.  Russell is a staunch enemy who seems to be truly evil and out for no good and wants to control the world. 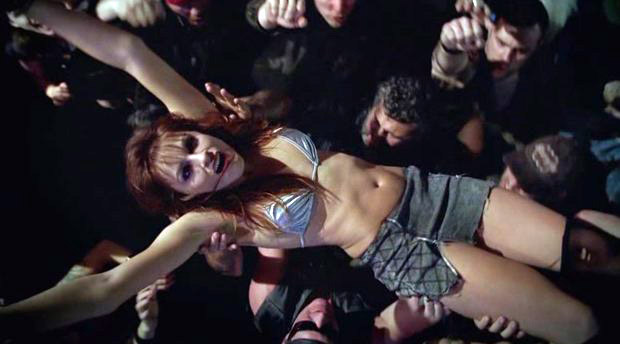 Prior to this, Bill meets with the King and it’s now time for Bill to provide information to him. Before doing so, Bill tells the King what he wants in return for his cooperation, for Lorena to be gone. The king replies that killing a vampire is a punishable offense and Bill exclaims “Not if it’s not reported”. The king smiles in agreement.  Bill then tells him about Eric and the Queen’s selling of V.  Deciding to celebrate this information gathering, the King takes Bill and Lorena in his limo to a stripper bar and asks Bill, who has told the King his job for the queen was that of “procurer”, to find them a snack. Bill returns with a stripper and the three of them drain her completely. 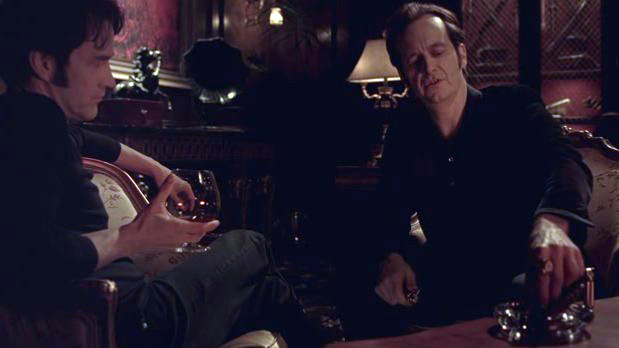 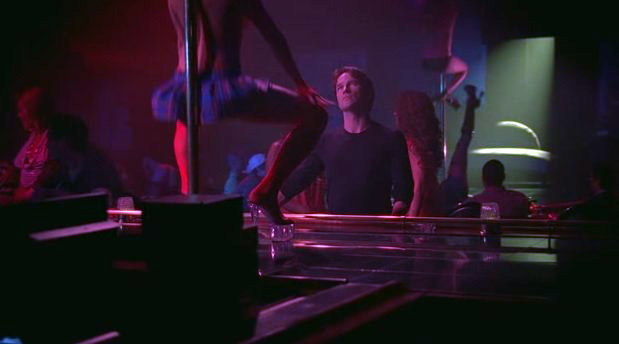 This episode was very tightly woven and well done, as were the three before it.  But this week’s, for me, exemplified what Bill is all about, that of his struggle to maintain his humanity. I think Bill is on the verge of potential destruction and I worry for him. He seems to be the center of the vampire story this season, the King wants him, Eric and Pam are using him, and Lorena won’t free him. 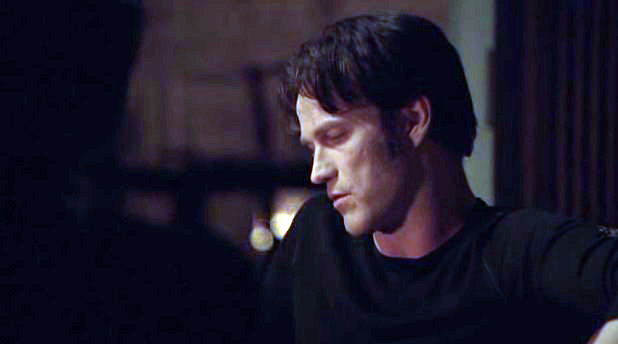 Also, I have to comment on Stephen Moyer’s performance of Bill, which for me was the best thing about the episode. His performance was so gut wrenching and incredibly powerful that I almost couldn’t believe what I was seeing. The pain and torment that is so apparently inside Bill was clearly evident in his portrayal. Bill is involved in a dangerous game within a spider’s web and Stephen Moyer is playing it to perfection.