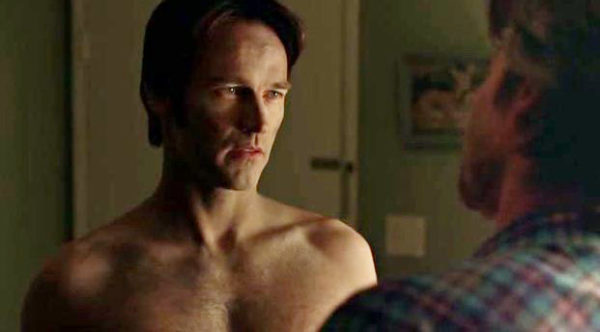 Random Thoughts on True Blood Episode 3.01 Bad Blood. This episode was everything we were told it would be. The pacing of the episode was just right between the multiple plot lines. And, while keeping it’s campy nature and staying very fast paced, it also slowed down enough in certain places for the more serious scenes. I never got bored or thought, “When is the next scene coming”.

There were also some great lines in this episode, such as my favorite:  Andy to Jason: “Conscience off, Dick On! And, everything’s gonna be allright.” 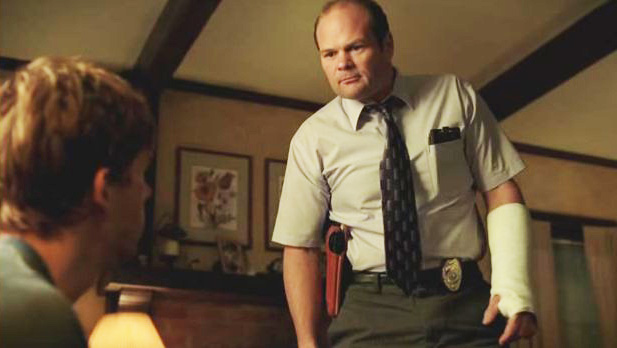 And my second favorite has to be this one:

Some other good quotes were:

I loved Bill being a real “bad ass” with his werewolf captors, escaping and then hiding in the ground. I enjoyed watching him come out again, it brought back memories of the famous “graveyard scene”.  And, his gentle treatment of the old lady that he fed from restored my confidence in him as a vampire who is trying really hard to maintain his humanity.  However, I’m a bit worried that it won’t last too long if what I’ve heard about future episodes is true.

It looks like Lafayette is back, hooray, but poor Tara in is torment with the loss of Eggs and her mama is failing her yet again. I also enjoyed the scene with Andy with Terry bonding as cousins. It was funny when Arlene realized that she is pregnant because she smelled the cinnamon in the chili and I thought it was so Arlene of her being all red neck with Tara. The scene with Sookie and Kenya, uh, excuse me “Deputy Jones” was very funny and Sookie’s frustration was well defined.  And then there’s poor Jessica, who is trying to cope with having accidently killed her truck stop victim and is badly in need of help from her daddy vamp, Bill.

The Were’s that took Bill seem really viscious, this story line looks like it’s going to be a plus and I’m glad they decided to use real wolves instead of special effects or dummies.

Finally, The Queen was in great form tonight; much better than her scenes from Season 2 and I enjoyed seeing the evil “magister” included. The dynamic between Eric and The Queen as well as Eric’s interaction with Pam was very powerful and we learned yet more about Eric and his evil plans.

However, the scene that I think was the most memorable from this episode is the Bill and Sam Dream sequence – there’s already TEAM BAM talk about this one!

And, here are some screencaps from this scene: 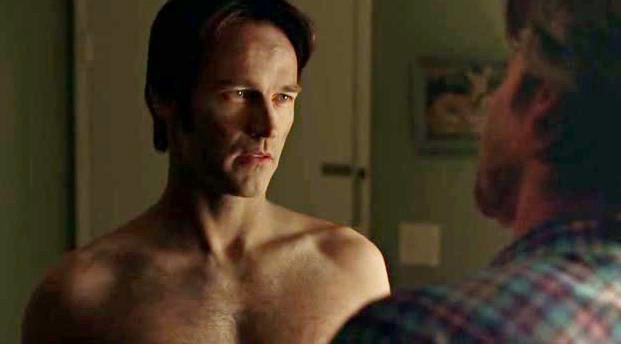 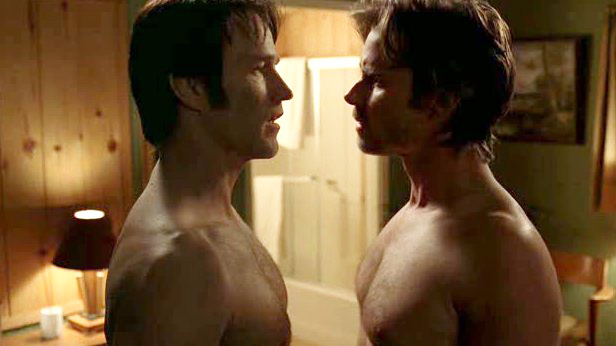 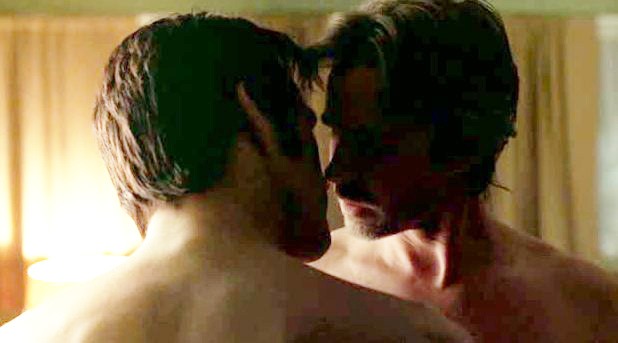 I think this season is going to be excellent if this episode is any indication of what is to follow. It looks like Alan Ball and his writing staff have found the essence that we all loved about Season 1 and put it in Season 3. In other words, True Blood’s “heart” is back!  It appears that the best aspects about Season 1 and 2 have been incorporated making it all gel quite smoothly.