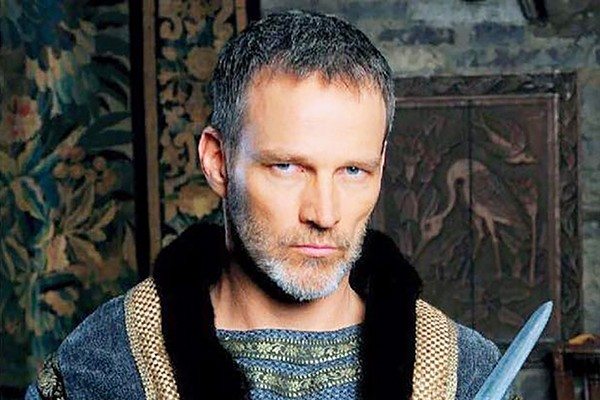 After glamouring us all for 7 years it is time for Bill Compton to step aside and make way for Milus Corbett, another career defining role for Stephen.

With only days until the premiere of The Bastard Executioner we take a look at why Stephen will totally rock as the sly and ambitious Milus Corbett.

These are our 6 reasons why we think Stephen will rock as Milus Corbett. What are yours?

1. After hearing Stephen speak in a Louisiana accent on True Blood for 7 years his own luscious English accent will certainly knock your socks off.

2. Stephen has gone medieval before in Prince Valiant and Princess of Thieves and he already knows his way around damp castles, wielding swords and noble women.

3. Graphic sex scenes are just another day at the office for Stephen, who has been taking his kit off in nearly all his projects since he first showed his butt in The Grand nearly 20 years ago.  True Blood had many epic scenes from graveyard sex to head twisting sex, but don’t forget his sexy performances in Comic Act, Men Only, Quills and The Starter Wife.

4. Apparently Milus will be knocking boots with both women and men! Good thing Stephen already had a little practice in True Blood where his Bill on Sam chemistry was sizzling hot and we are looking forward to some more male action.

5. Ambition and leadership are an inseparable pair and Stephen has played his share of powerful men. From Blood God (True Blood) to UK Minister (ICE) to Roman prefect Pontius Pilate (Killing Jesus) Steve knows how to put the sexy in power.

6. Though Stephen is mister charming himself he is so excellent at playing complex personalities with a bit of an evil streak. Bill Compton tops the list of sexy bad boys followed by Soviet assassin Cassius in The Double, agoraphobic Andrew in Restraint, serial killer Steven in Waking The Dead, womanizer Jason in Men Only and raving mad Marcel in The Secret.

Why do you think Stephen will rock as Milus Corbett? Let us know!
Leave your reasons in the comments.