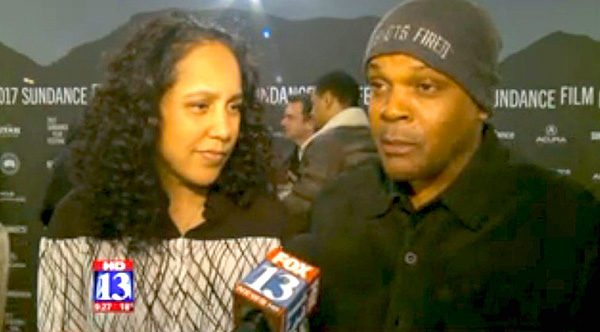 As all the fans know, Stephen Moyer’s new series Shots Fired premiered at The Sundance Film Festival. The festival is known for introducing innovative films and break-out performances bound for the big screen. The premiere of Shots Fired held earlier this week was an exception, as it was actually the first episode of a new TV show called to air.

Sanaa Lathan, an actress on the project, described the premise.

“It’s about what’s going on in this country,” Lathan said. “It’s about all the racial tensions and all the pain that everybody is going through right now.”

Stephan James, another actor, said the show balances entertainment with a message.

“I’m very excited to be a part of something so important and entertaining at the same time,” he said.

The creators of the show think of it as a 10-hour movie shown one hour at a time.

“Every hour of this is compact and filled with mystery and drama,” said Gina Prince-Bythewood.

“We just did tons and tons of research, met with several law enforcement people, people who are victims of police brutality, politicians on each side,” he said.

The group hopes the fictional story will help people to understand some of the real-life dynamics at play in situations like the ones that played out in Ferguson, Missouri.

“Part of our creed has been to get the audience at the edge of their seats, and while they’re leaning forward hit them with the truth, and hopefully that’s what everybody will see,” Reggie Rock Bythewood said.