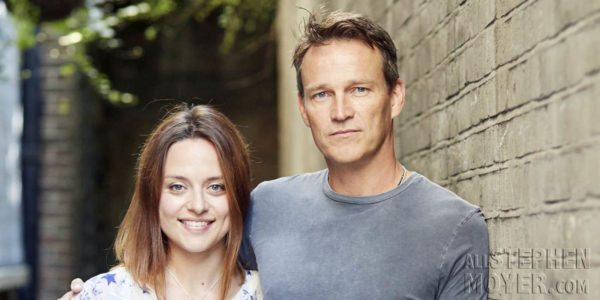 Stephen Moyer is signed up for Season 2 of a four-part series called “Safe House” for ITV in the United Kingdom.

Stephen will lead ITV’s second season of Safe House alongside Mr. Selfridge star, Zoe Tapper. Former Doctor Who actor Christopher Eccleston led the cast of its first season, but dropped out due to “confidential” reasons. Filming on Safe House begins later this month. 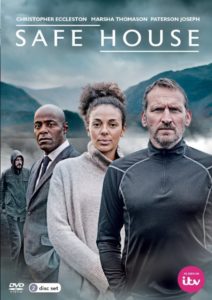 Season 1 of Safe House (4 episodes) – below is a description of the first season which starred Christopher Eccleston.

In the first season of Safe House, we saw Eccleston as an ex-policeman protecting a family from a serial killer at his guest house. The show averaged over 6 million viewers per episode throughout its episode run.

Earlier this year, Eccleston had been confirmed to star in the second season, alongside Marsha Thomason and Paterson Joseph. But now all three are out, and the series has been reworked from scratch with the setting of the series being shifted from the Lake District to Wales..

The show will focus on charismatic yet impulsive ex-police officer Tom Brook (Moyer) who runs a police safe house, which stands by the edge of the sea on the rugged coastline of Anglesey, a wild and beautiful sanctuary. Many years before the events depicted in season two he investigated a series of abductions perpetrated by an assailant known as ‘The Crow’ who took wives away from husbands as they helplessly watched on in horror. On hearing of a crime bearing the same hallmarks, Tom immediately goes to the crime scene, revealing to the police that he believes ‘The Crow’ is active again.

Ed Whitmore and Tracey Malone penned the scripts for the four-episode second season over the past couple of months. Eleventh Hour Films is producing, with the indie’s Head of Development Paula Cuddy and Managing Director Jill Green serving as the executive producers. Andrew Benson is the series producer and Marc Evans will direct.

Filming for Season 2 begins in Wales, Liverpool, and Manchester later this month.

“We’re delighted to be working on a brand new series of Safe House with Eleventh Hour Films.”

Fea commissioned the second season with Head of Drama Series Jane Hudson. “The format lends itself beautifully to creating a suspenseful drama with a new set of characters in a new safe house. As always Ed and Tracey’s scripts are gripping and compelling with twists and turns that shock and take you by surprise.”

It’s hard to believe that this time last year he was working in Wales on The Bastard Executioner and right now he is at home in London and again going back to Wales to star in this four-part series. This is Stephen’s first English produced ongoing series since 2007’s Lilies. A year later, he joined True Blood.