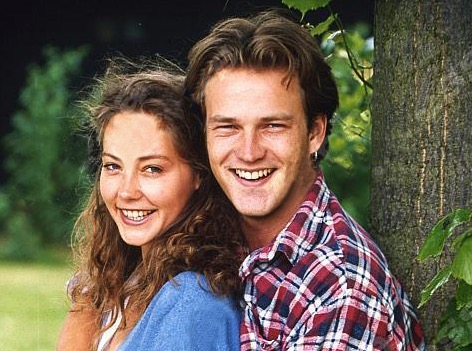 The production ran from July 28, 1994 to December 3, 1995 in various British theatres and included a Japanese tour to Osaka, Nagoya and Tokyo from 7 – 26 November.

The Shakespeare Survey Vol. 49 mentioned that it’s “a fast-moving production, reduced to two hours’ playing time, which developed the theme of lack of communication between youth and age.”

According to the Herald Scotland Retallack’s Romeo and Juliet was “very attractive and sexy”.

In a York newspaper clipping from 30 September, 1994 Stephen Moyer says about Romeo and Juliet:

“The Capulet and Montegue feud means you can play it black and white, set it in Bosnia or Northern Ireland, or have Catholics versus Protestants, because there is that resonance in the hatred between two families. But the other aspect you notice is that it’s so ridiculous that adults still still won’t listen to their kids. There’s a simple message in this play, and that’s the need for communication. That message hasn’t changed over the centuries.” 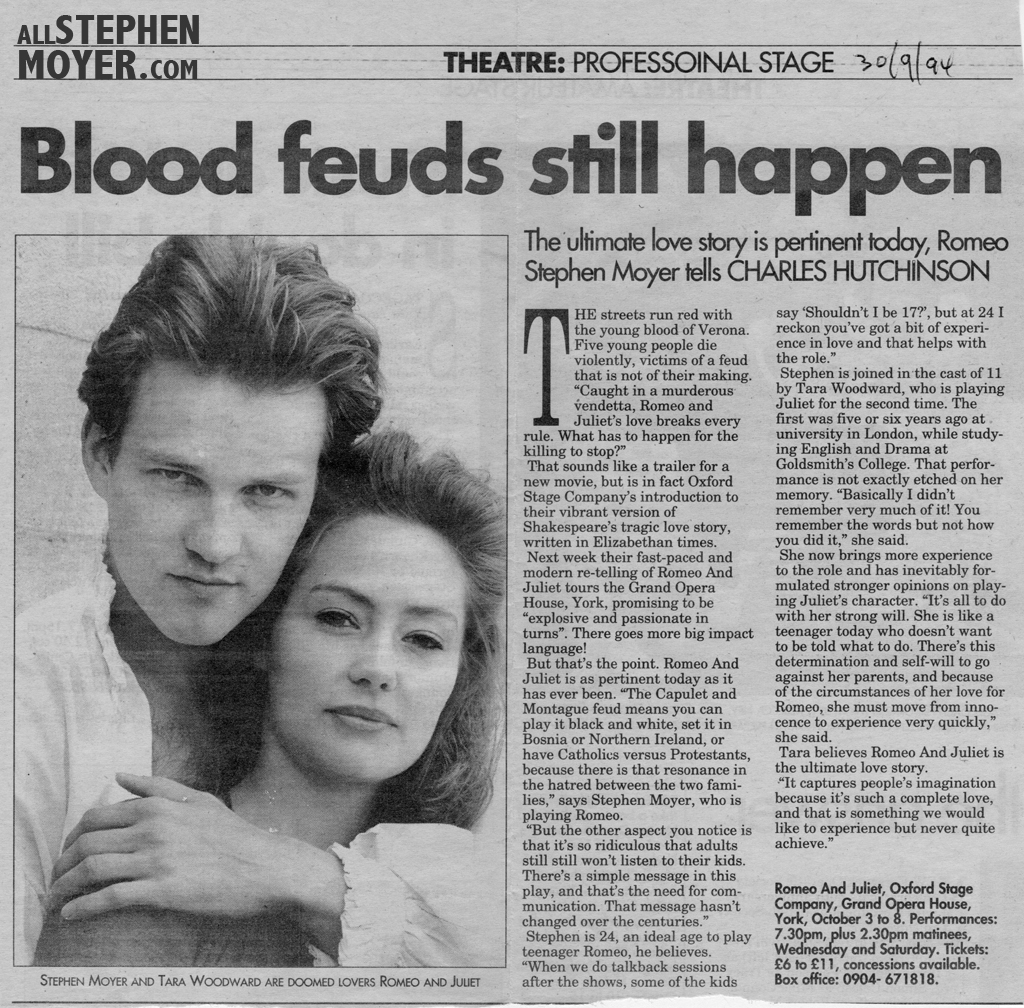 Another review comes from the Independent and can still be found online here, you can also read the complete article in the below document.

Stephen Moyer’s Romeo is quick to disdain the weakness of love. Enraged at his own folly in trying to make Tybalt and Mercutio see sweet reason, he tears out the most heartfelt line of the evening: ‘O sweet Juliet, / Thy beauty hath made me effeminate, / And in my temper softened valour’s steel]’ That type of manhood, however, is not one this tremulous Romeo can long sustain. After the murder of Tybalt, he blubbers desperately at the Friar, clutching his sleeve and hiding his face in it. As Juliet, Tara Woodward is a bit self- regarding in the love scenes, but gains power as doom closes in.

AllStephenMoyer has obtained an original theatre programme of Stephen’s Romeo and Juliet, which contains information about the show and several photos of the main actors.

These are the photos in the programme featuring Stephen Moyer. 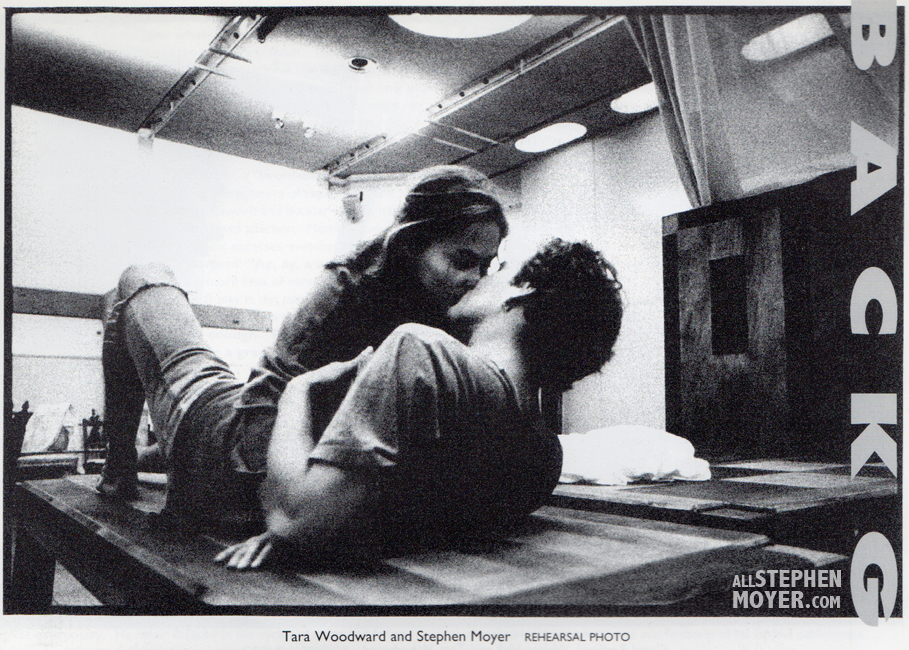 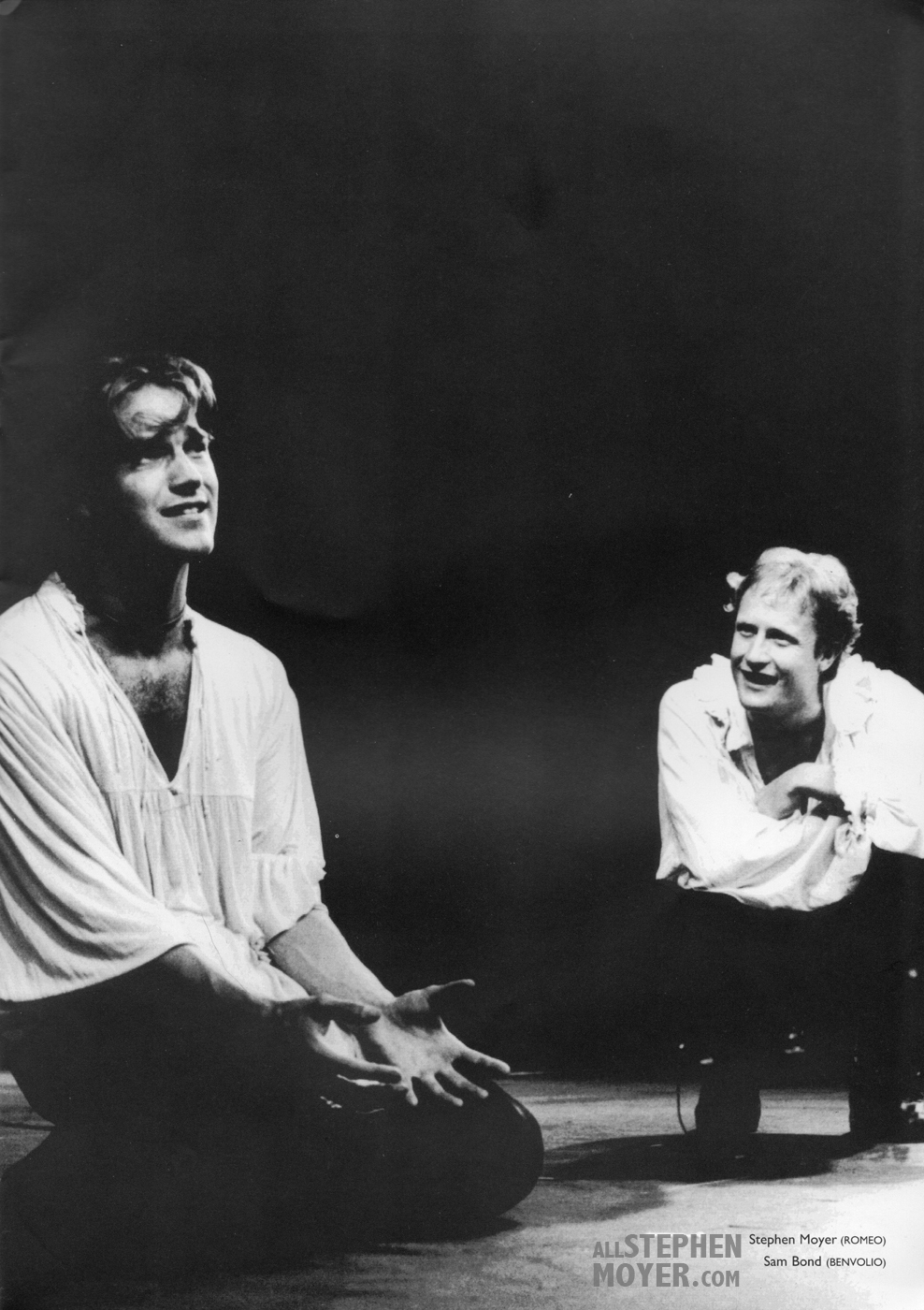 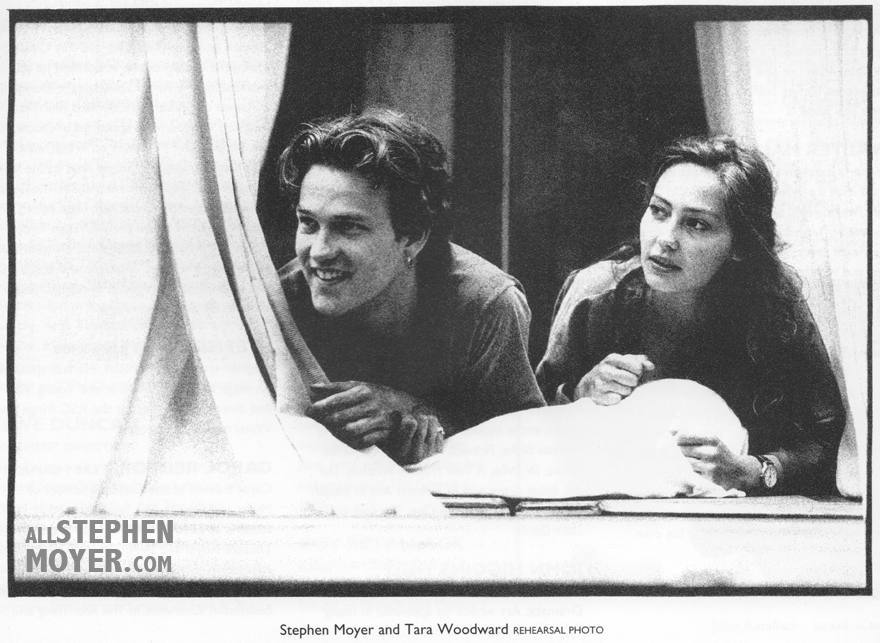 Stephen Moyer in Romeo and Juliet by allstephenmoyer

The production included a Japanese tour to Osaka, Nagoya and Tokyo from 7 – 26 November.

Takayuki Ando, Professor of Chukyo University, wrote the following about one of the performances in the land of the rising sun.

In the autumn of 1994 the AAC mini theatre was filled with the enthusiasm of young people!

The Aichi Arts Center is not only an opera house. Do you know the first authentic experimental theatre in Aichi? The Oxford Stage Company, which is a popular stage company in England, Attracted a full house for days, and the masterpiece “Romeo and Juliet” strongly captured the hearts of young people.

Opening in dim light. A large lace drape is drawn quietly. The expression of the nobility, lined against the background of a long wall, is dark. The chorus composed by Karl James begins. The pathetic structure is mindful of the 19th century artwork of the Romantics.

This completely captured the eye and the mind of the audience. Faultless juxtaposition, powerful sword fights, natural conversation and above all, a beautiful scene structure. Fifteen scenes are created by combining one lace drape and 12 wood panels. The producer Retallack said Shakespeare wrote his works on the assumption of a travelling performance. This is the answer for the mysterious “two hours” in the prologue, and my own reason for the simple stage devices. Retallack has returned to the original beginnings of Elizabethanperformances and is truly a producer that England can be proud of.

An image of the original Japanese play bill was conserved online. 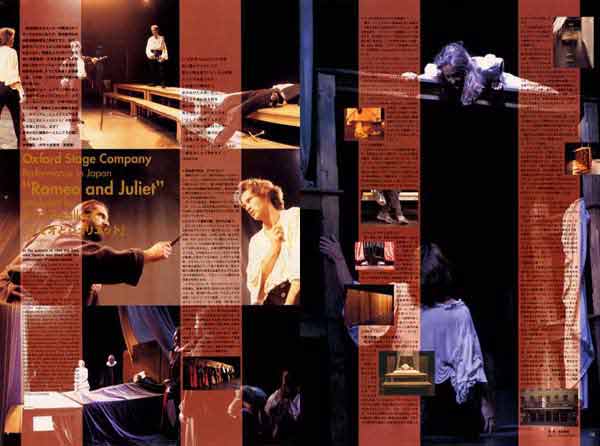 For more information about Stephen Moyer On Stage visit: https://www.allstephenmoyer.com/stage/